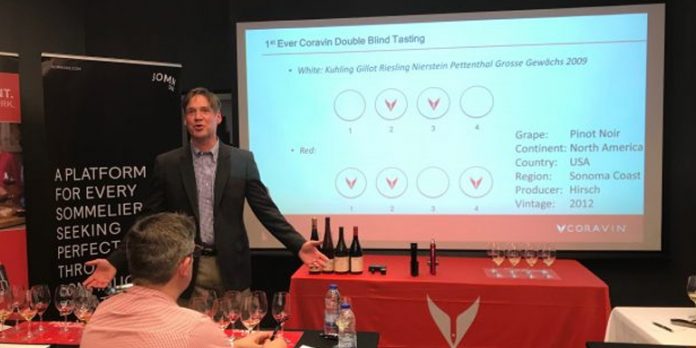 Hosted by chairman and founder of Coravin, Greg Lambrecht, the test involved 30 sommeliers, two different wines, and eight glasses, and was designed to see whether Coravin, which uses a hollow needle to draw wine from a bottle without removing the cork, would damage a wine.

The tasting, which was blind, included a white and a red, and in each case, there were wines that had been accessed by Coravin on June 22, 2015 down to half a bottle, and those from the same case that had not been touched until that day.

The sommeliers were then asked to mark whether they thought the wines had been accessed by Coravin or not, as well as to identify the white and the red.

Lambrecht stressed that this was Coravin’s first “double-blind” tasting, because he normally tells the tasters what they are sampling, but not which wine has been previously accessed.