Home Regions and Varietals What’s So Special About Châteauneuf-du-Pape? 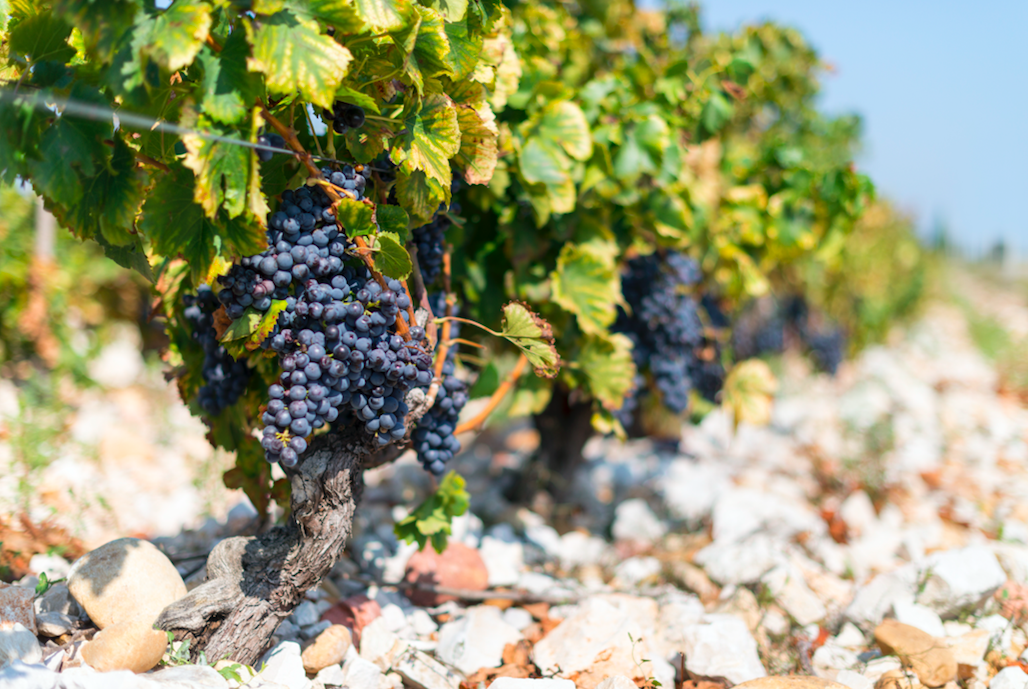 Medieval castles, the French countryside off the banks of the Rhône River, the exclusiveness of it’s growing region and the mysteriousness of its blend makes Châteauneuf-du-Pape one of the most exciting and revered wines out there. But what REALLY makes the wine so legendary? Our Guest Contributor Jacqueline Coleman of History and Wine takes us back in time to share what makes it so special.

Only about two miles east of the southern banks of the Rhône River sits a tiny little village that produces iconic French wines and has a big place in winemaking history within the country, and arguably, the world. Châteauneuf-du-Pape may be a small region in comparison to some of the larger ones throughout France, but the commune and surrounding areas that make up the AOC of Châteauneuf-du-Pape produce some of the most revered and sought-after wines globally. When you visit this tiny Medieval village in the lowlands of the Rhône River Valley, it’s almost hard to believe that this is the home of the legendary Grenache-based red blends that hold a prestigious place on wine lists, but after hearing the story, you learn to respect the deep history and specific winemaking that led to wines from this area being regarded as so special.

The History & Wine of Châteauneuf-du-Pape

Winemaking in the Châteauneuf-du-Pape commune area goes back to a time before records were kept. However, the area found some notoriety during the 14th century when Pope John XXII, the second of the Popes to reside in Avignon, found the village to be charming enough to be chosen as the location of his very own Medieval castle. The castle that now sits, mostly destroyed, on the top of the highest point of the village was constructed between 1317 and 1322, with work on it being recorded through 1332. The name “Châteauneuf-du-Pape” translates to “Pope’s New Castle,” and it was the creation of this magnificent structure that really put the small village on the map as both the home of the Pope and as a viticulture center in the southern Rhône Valley.

Though viticulture and winemaking continued to expand after the fortress was constructed, especially during the wine trades of the 18th century and into the 20th century, the castle, sadly, fell into disarray. It was largely abandoned for hundreds of years starting in the 15th century; many of its stones were mined and used in building houses in the village or fortifying ramparts. During World War II, it was almost completely destroyed by German soldiers who invaded the village. All that remains now is a single section of the southern part of the donjon, a mere relic of the impressive structure that once commanded the attention of the powerful French and religious leadership in the country.

Châteauneuf-du-Pape’s destiny was not to be home to powerful leaders, but to become the leader in establishing protected areas for French viticulture and winemaking. Starting in the 1930s under the leadership of Pierre Le Roy de Boiseaumarié, or Baron Le Roy, the French wine classification system or the Appellation d’origine contrôlée (AOC) system was founded, and Châteauneuf played a large role in that part of France’s winemaking history. Le Roy was an attorney and viticulturist who married into the family that owned Château Fortia in Châteauneuf-du-Pape, and as a result, sought to establish a way to protect the quality wines made in the region. He co-founded the Institut National des Appellations d’Origine (INAO), now called the Institut national de l’origine et de la qualité, which is the organization that regulates and protects agriculture in France, and in 1936, Châteauneuf-du-Pape became the first French AOC designated region. Thus, this tiny commune on the southern banks of the Rhône River led the country, and consequently the world, into an era when quality wine standards would be forever regulated and protected by the government.

There are about 320 wine growers in the region and 3200 hectares of vineyards, mostly planted with red grapes. Only about seven percent of the vineyard land is planted with white grapes, of which the most common vines are Grenache Blanc, Clairette, and Roussanne. There are 13 allowed grapes, or up to 18 depending on if you count some of the white grapes separate from their red counterpart (Grenache can be Grenache Noir and Grenache Blanc). Although, most producers only use four main red grapes in the majority of the production: Grenache Noir, Mourvedre, Syrah, and Cinsault.

The mystery behind the blend is what truly makes wines from Châteauneuf special. Some producers may put the cépage, or grape variety, percentages on the back label, although it is not required. For many producers, the recipe of the wine is a closely guarded secret. Most of the blends are dominated by the plum, raspberry, and subtle red fruit jamminess of the Grenache grape, but consumers also enjoy these wines for the unique “garrigue” or herbal flavor that is attributed to the very specific Rhône terroir found in the area. In Châteauneuf, producers may even include white grapes in their red blends in order to maintain freshness and acidity, especially when warmer growing seasons cause higher sugar levels in red grapes that lead to higher alcohol and lessen freshness in the glass.

From the rise and fall of Medieval castles and prestigious Popes to the humble beginnings of an agricultural area that became the first to protect its quality wine, Châteauneuf-du-Pape is not just a wine with an iconic bottle and a mysterious blend, but it is a region with a historic past that has played a large role in the creation of modern quality wine as we know it around the world.

Which wine grower of Châteauneuf-du-Pape is your favorite? Share with us on social by tagging @Coravin and @HistoryandWine across all channels!

Explore the Origins of Grenache: A Journey Through Spain and France