Home Regions and Varietals Explore the Origins of Grenache: A Journey Through Spain and France

The Mediterranean is a must-see destination for most wine enthusiasts! Jacqueline Coleman, certified sommelier, and wine writer, recently spent time straddling the border between Northern Spain and Southern France exploring Garnacha. As the monthly “Vino” columnist for Biscayne Times, a writer for the Miami-based foodie magazine, “Let’s Eat”, and a contributor to “Through the Grapevine”, she’s written about her adventures across the globe in search of a great glass of wine. 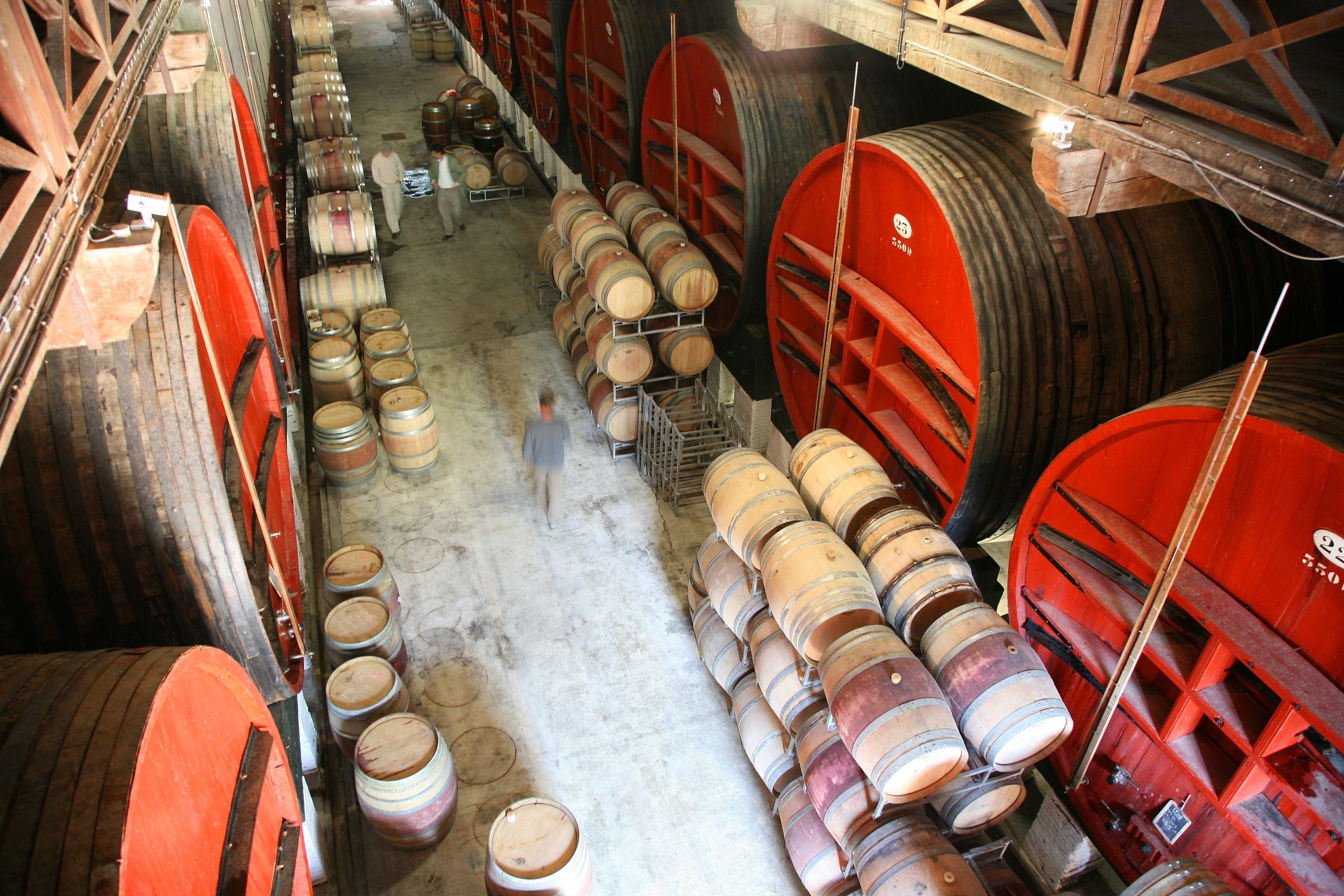 Hidden from mainstream enotourism in the hot, dry and Mediterranean climates of Northeastern Spain and Southern France is a charismatic grape known by several names. Depending on which side of the border you’re visiting, this versatile grape may be referred to by its French name, Grenache, or the Spanish version, Garnacha. Though often blended with other grapes such as Mourvedre and Syrah in France, Grenache, or Garnacha, steals the show as a solo variety in many Spanish wines produced in and around the Aragon and Catalonia regions, bringing a lesser-known variety proudly into the wine-world spotlight.

When you think of traveling through wine country in Spain and France, regions such as Rioja, Ribera del Duero, Burgundy, and Bordeaux may come to mind. Have you ever considered Calatayud, Campo de Borja, Cariñena, Somontano, and Terra Alta, or Roussillon? If you’re an adventurous wine drinker looking the next exciting region to explore, I challenge you to take a trip and experience Grenache in the region of its birth.

Your wine-tasting quest for Garnacha may begin in the Catalan city of Barcelona, or better yet, in the Aragon capital city of Zaragoza just a few hours further west. When traveling across the dry landscape of Northern Spain, you may feel as though nothing could survive under those barren conditions, but you will be wildly surprised at the vibrant, thriving city of Zaragoza. From this city, rich in history and culture, you can begin to discover Garnacha in all directions from the Denominación de Origen (D.O.) of Somontano and Campo de Borja to the north, Cariñena and Calatayud to the southwest, and Terre Alta in Catalonia to the southeast, each with unique characteristics in land and winemaking that produce red and white Garnacha of distinction. 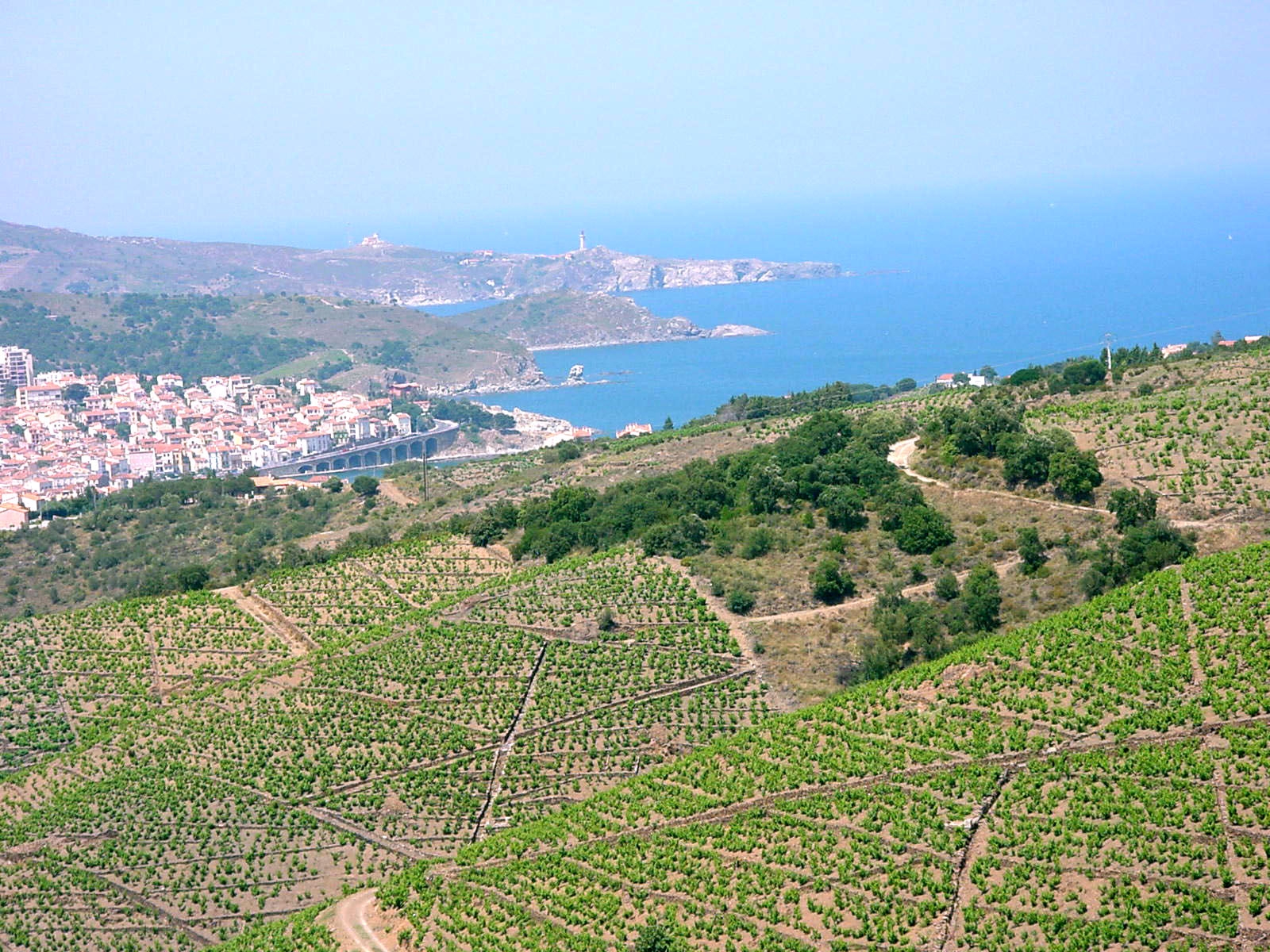 Start with a taste in the D.O. of Somontano with a visit to Bodegas Pirineos only a half hour from the border with France. Bodegas Pirineos is located in a distinct microclimate in this northern Spanish appellation in a secluded location so remote even your oenophile friends have probably never heard of it. Specializing in international varieties as well as grapes of origin, Pirineos produces exceptional wines that any wine-lover would appreciate.

Next, head down to D.O. Campo de Borja and explore the true birthplace of Garnacha. The mountains nearby hugely influence the dry, arid terroir where the vines are rarely ridden with disease. Stop in at Bodegas Aragonesas, the largest winery in the D.O., and ask for a taste of their popular labels such as Don Ramón, Coto de Hayas, and the exquisite Fagus.

Venture down to Calatayud for a taste at Bodegas San Alejandro. Situated on a country road on a hillside amongst quaint Spanish villages, San Alejandro is a stunning winery with amenities galore. Perhaps you recognize the Las Rocas or Evodia Garnachas? Stop in to see where the magic happens and learn about the nine categories of quality from which San Alejandro bases its vineyard selection and winemaking with each vintage. 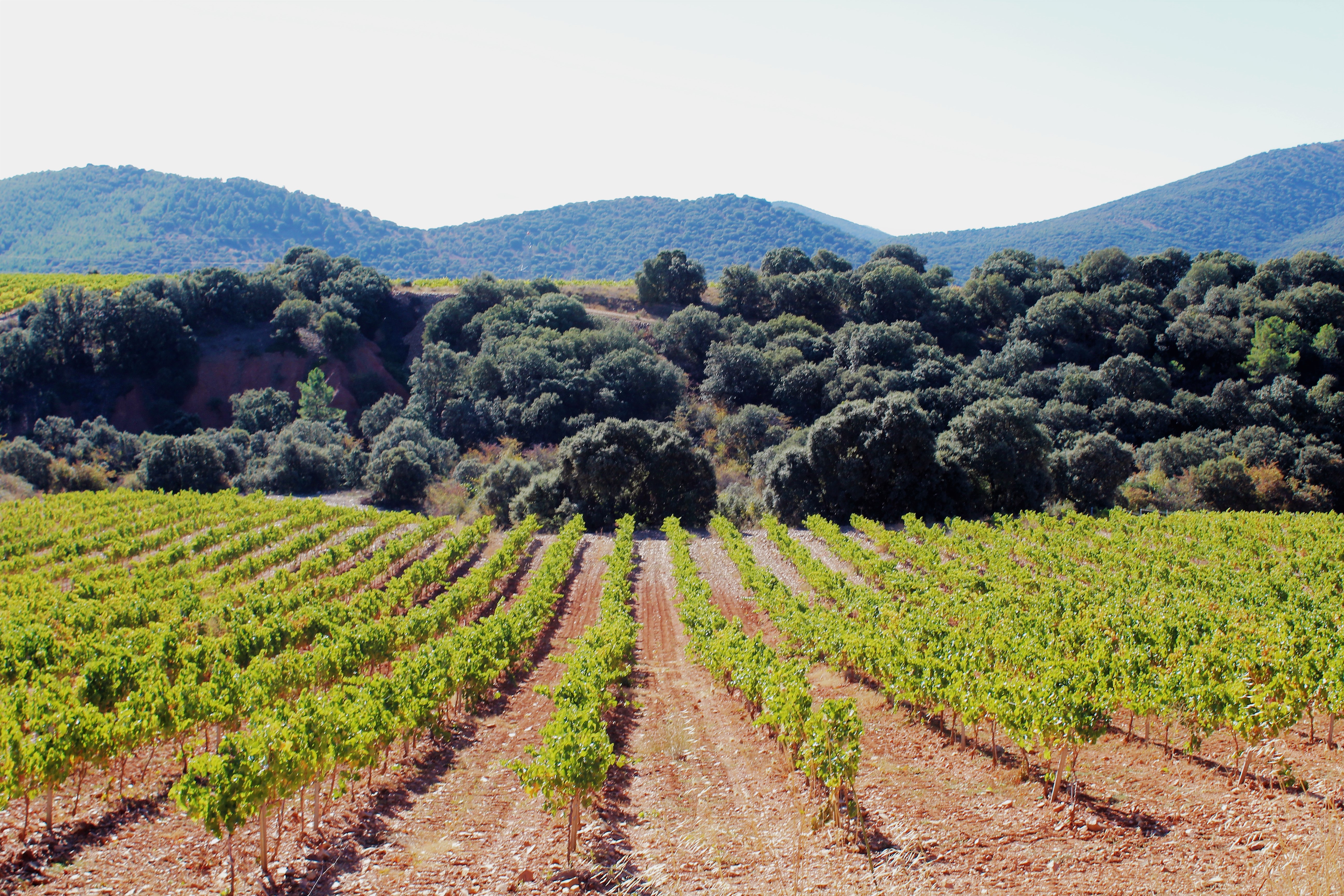 Follow the road to Cariñena, where high altitude and continental climate produce glorious “wines from the rocks.” When in Cariñena, ask for a bottle of Particular from San Valero Winery, or visit Grandes Vinos, the largest winery in Aragon.

You will want to taste in Terre Alta, where you can find some of the most aromatic Garnacha Blanca. Perfect for seafood, shellfish, and summer sipping, it would be hard to find a more tantalizing white wine than the Garnacha Blanca from this D.O., which is also one of the seven historical appellations of origin in Catalonia.

You may not fully understand the intricacies of Grenache if you fail to make a stop in Roussillon in southern France. Rest your head in the charming city of Perpignan, where you can dine in picturesque French restaurants such as restaurant Le Divil and the exclusive dining spot, La Passerelle. Start on your journey out from Perpignan to discover Grenache at Château Saint Roch in the appellation of Maury Sec, where dry table wines can be produced. Owned by Jean-Marc & Eliane Lafage of Domain Lafage, Saint Roch’s Grenache wines are softer than their Spanish cousins but full of elegance.

Make sure to explore the famed fortified wines of Roussillon at iconic wineries such as Mas Amiel and behold the large barrels from 1890 that still hold some of the fortified wines produced today. If you’re feeling nostalgic, take home a bottle of a single vintage of fortified wine from 1969. Only 2,000 are released each year, and only so many made in that production year, so bottles are rare worldwide. 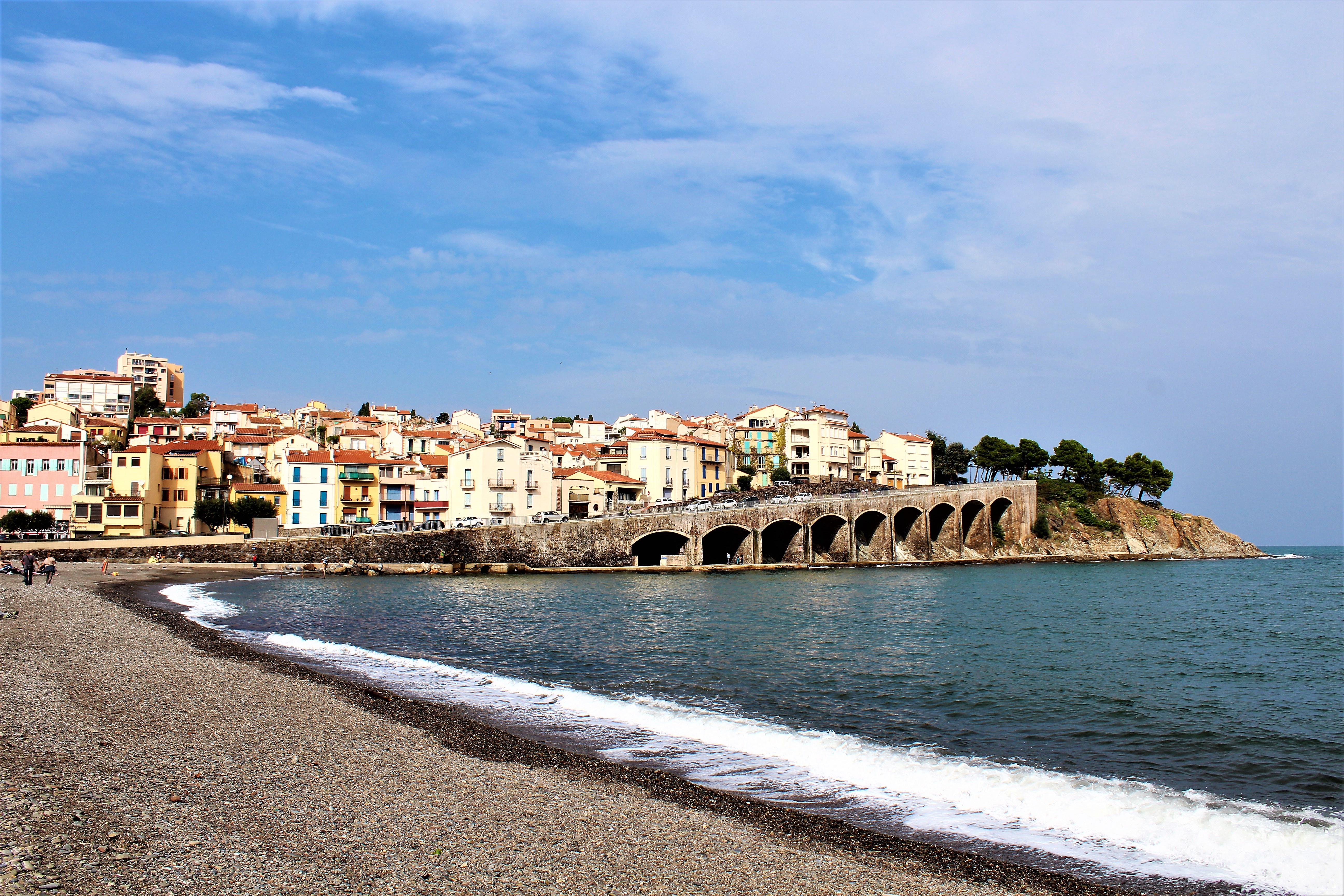 Spend time exploring the appellation of Banyuls. An AOC known for fortified wines, the Banyuls specialty is Grenache as sweet vins doux naturels, drunk either as an aperitif or dessert wine. The beautiful seaside towns that sit on the coast of the Mediterranean Sea in this area of France are some of the most stunning places to taste wine in the world. From sloping vineyards to the rolling waves below, Grenache grows proud in areas such as Collioure. 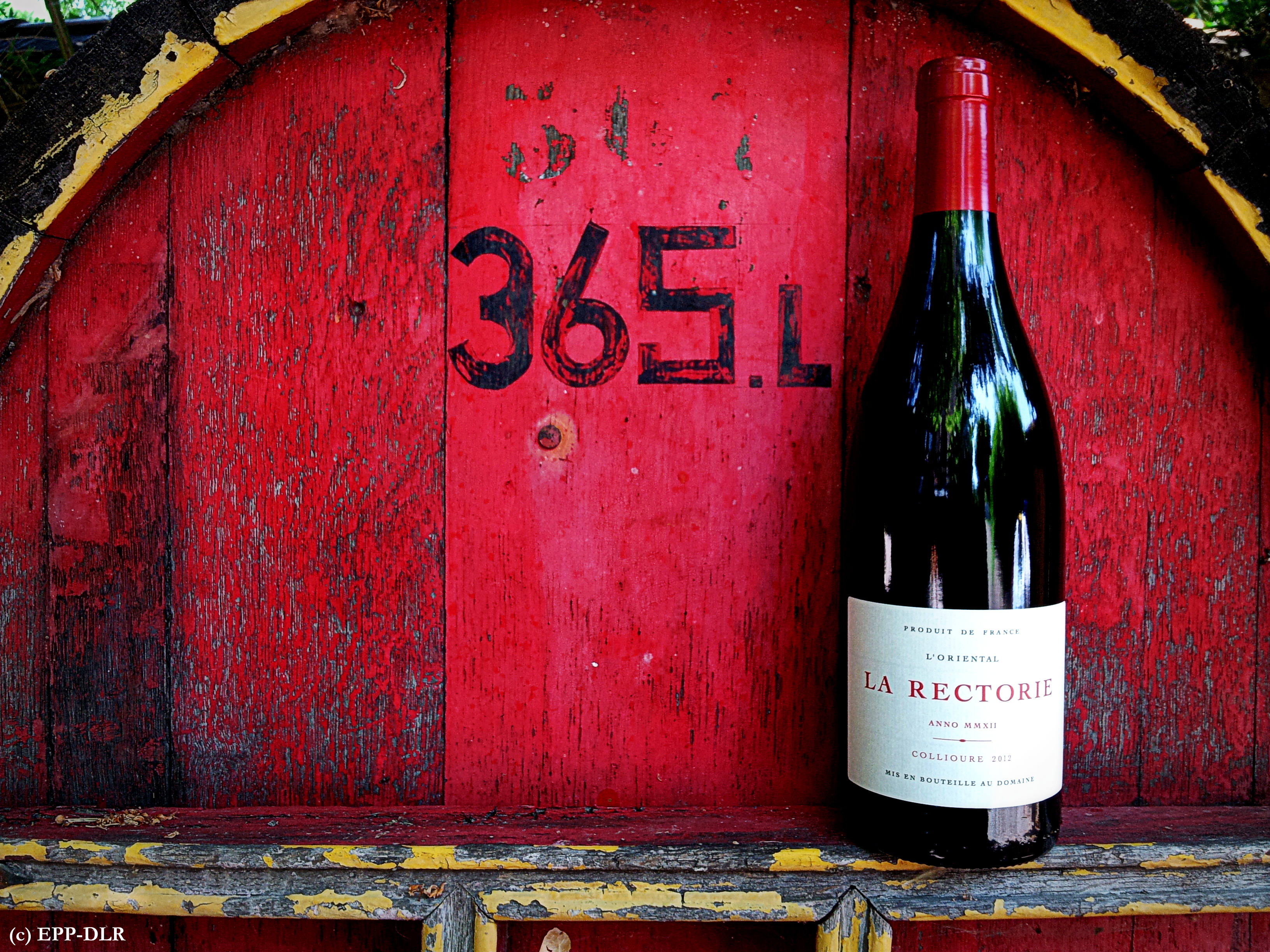 Stop by a beautiful old home that doubles as a tasting room in Banyuls-sur-Mer called Domaine de la Rectorie, and experience the flavors of Grenache Noir, Grenache Gris, and Grenache Blanc, blended and sweet. Have lunch in a seaside restaurant called La Littorine, and sip Clos San Sebastien Grenache rosé while you dine on the freshest Mediterranean fare. Très chic!

Have you explored the fabulous vineyards Spain and France have to offer? We want to hear what you think! Share your experiences with us over social and tag our handle, @Coravin.