Home Wine 101 Drinking Wine and Getting Paid: The Life of a Sommelier

What is a sommelier?

Every wine lover, at some point, dreams about drinking wine for a living. What if we tell you that it’s possible? Sommelier, anyone?

A sommelier, sometimes called a “wine steward”, is a TRUE wine expert; someone who trains (and trains hard) to be highly knowledgeable on this matter. The term dates back to the 1300s France where they were in charge of tasting the different wines before serving royalty. Although it may sound like it was a great job, it wasn’t. As a matter of fact, the main reason why they had to test the wine before the king and his court was to make sure it wasn’t poisoned.

As time went by, sommeliers continued to acquire specialized knowledge, which was well received by restaurant patrons and other wine enthusiasts. In a high-end restaurant environment, where one can usually find “somms” at work, they are considered as important as the executive chef. The success or failure of your meal may lay on his or her pairing decision. Sommeliers are also expected to be able to know and recommend all of the wines served at the establishment, as well as have inside knowledge to wine trends and up and coming wine industry information.

Nowadays, being a sommelier has become more common. However, just a few talented people in the world can boast about being a master sommelier (the exam is often called the world’s toughest test).

What do they do?

If drinking wine and getting paid wasn’t enough, sommeliers often travel around the globe to participate in conventions where they get to taste new wines while learning about what’s trending in the food and wine industry. Sounds fun and rewarding, doesn’t it?

Of course, there’s way more to it than traveling and drinking wine. Sommeliers are expected to continuously enhance their abilities, and the best way to do it is through study and practice. Upon hiring, they are in charge of crafting the restaurant’s wine list. They’re tasked with selecting those wines that will complement the dishes the restaurant serves. In order to properly craft “la carte du vin”, sommeliers need to have an extensive knowledge of food profiles; consequently, they will work closely with the restaurant’s chef.

It’s also part of their job to store, maintain, rotate, and procure wines in the cellar. When dealing with customers, a sommelier does not only suggest the perfect wine, but they will also open the bottle, pour the wine, and educate them on how to properly taste it. They will also teach guests about the wine and its properties.

How to become a Sommelier?

At this point, it should be clear that being a sommelier requires spending a substantial amount of time (and money) tasting and learning about wines. In order for sommeliers to become professionals, they are required to pass several classes and exams before gaining the certification. Though different associations and institutions offer a vast array of programs, a basic sommelier training has an average length of six months.

Still thinking about pursuing a career as a sommelier? Leave us your comments below. 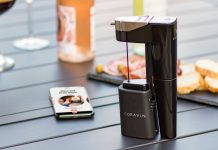 3 Fathers Share A Glass of Wine With Greg Lambrecht &...