So what if the rest of the world celebrates Labor Day on May 1. America earned its early September Labor Day and all the attendant last-minute beach-tripping and frantic hot dog bun-purchasing that goes with it.

Which is why VinePair choose to honor this weekend with a few distinctly American-made cocktails. Not that you shouldn’t drink beer or wine — and, lest we forget, plenty of water — this and every Labor Day weekend. But if you do plan to set up a home bar for your Excel-spreadsheet-and-photocopier-free-night of labor-less bliss, why not stock it with ingredients for some American cocktail classics?

This comes first because it literally came first — America’s first cocktail, a boozy, brusque, woozy drink that doesn’t come close to apologizing for nearly tipping you over. Invented by Antoine Amedie Peychaud, of the famed bitters, in 1838 New Orleans, adapting overtime in the face of tribulation (super American, right?) and exactly what you’d like as you settle into one of those loose, old plastic lawn chairs with right about now.

America. Bourbon. Bourbon. America. That’s as close to liquor poetry as we’ll get, and an Old Fashioned is as close to drinking America as you can get this weekend. Supposedly invented in the late 19th century at the Pendennis Club in Louisville, still a simple, supple classic. Drink a couple and then try to unionize everyone at your barbecue.

It’s named after what’s arguably one of the most iconic, genuinely eclectic, unapologetically overpriced cities in the U.S. and quite possibly the world. It’s also made with rye whiskey — and just a splash of sweet vermouth and bitters — making it even more all-American. (Yeah, Canada, we know you have rye, too. Save it for Canada Day.) A little sweet, but deep and melancholy, something we can absolutely imagine sipping while listening to Woodie Guthrie.

Is there anything more Labor Day appropriate than a cocktail created in L.A. in honor of a surfer? OK, so the story might be a bit dodgy, but we love it: Duke Antone, of Duke’s Blackwatch Bar, concocted this drink for surfer Tom Harvey, who would apparently pound the drink (basically a Screwdriver plus vanilla-flavored Galliano) and then bang into walls? Tom Harvey was clearly more graceful in the ocean, so not a bad beachy Labor Day choice.

Oh, you don’t want something minty, creamy, and refreshing this hot hot holiday weekend? Of course you do. The Grasshopper is like if mint chocolate chip ice cream relaxed into a cooling, mid-range ABV pool of dreaminess. Not a bad way to end your Labor Day ‘cue, especially since it was invented at a cocktail competition in New York City and institutionalized at the now 160-year-old New Orleans mainstay, Tujague’s.

A very American cocktail indeed, not just because its origins are murky, but because it was probably hybridized out of a few prior variants and finally found its footing atop the bulky shoulder pads of the late 1980s (courtesy of bartender Toby Cecchini at The Odeon in New York City). Also incredibly simple, so an easy cocktail to either batch — just before, since you’re using fresh lime juice — or set up as DIY. The only work we’ll do on Labor Day weekend is cocktail preparation. 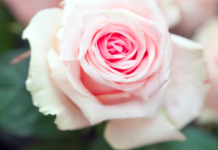 4 Wineries That Give Back During Breast Cancer Awareness Month