There are a few once-in-a-lifetime wines that transport us in unique ways and create some of the best sensorial and emotional memories. Such iconic labels – Screaming Eagle, Harlan Estate, or the French Château d’Yquem, for example – are known as “cult wines.” These wines come with an impressive price tag – retailed at hundreds, sometimes thousands of dollars, those who have enjoyed a glass of these grand wines consider themselves lucky. And we don’t all have that luck – this is why we at Coravin decided to call in three wine experts to help us find cheaper alternatives (most are under $100) for some of these ultra-premium wines: Kyle Meyer, Partner & Director of Purchasing at Wine Exchange; Chris Strieter, Sales Manager at Uproot Wines; and Dana Farner, Wine Advisor & Personal Sommelier.

How about your picks? Tell us in the comments!

Meyer’s pick: Pago de los Capellanes Ribera del Duero Crianza 2010 ($29.98). A powerful but refined Ribera, less over-the-top than Pingus but serious in its own right and with a pinch of Pingus’ modernity. Another great option would be the Dominio de Pingus Ribera del Duero Psi 2012 ($24.98), made by Pingus from others growers grapes and at a substantially lower price!

Strieter’s pick: Alvaro Palacios Camins de Priorat ($22). Very good wine at a very accessible price. From a well-respected producer that is rocking the market. A rich red blend versus tempranillo but a great alternative.

Meyer’s pick: Rocche Costamagna Barolo Rocche dell’Annunziata 2010 ($35-$40). Like Monfortino, this wine is sourced from an undisputed ‘Grand Cru’ site, but sells for a Barolo Normale price. Also consider the Guido Porro Barolo Lazzairasco 2011 ($40), another top wine at a crazy price from a named vineyard site, this time a little closer to Monfortino in Serralunga.

Strieter’s pick: Paolo Scavino Langhe D.O.C. Nebbiolo ($24). Once again, a wine that captures the essence of the varietal and at a great price!

Meyer’s pick: For Burgundy I’d go with Louis Jadot’s Cotes de Nuits Villages Le Vaucrain 2012 ($36). This is a domaine holding from Jadot and the vineyard sits directly behind Frederic Mugnier’s Nuits St. Georges Clos de la Marechale! Serious real estate for the money. On the domestic side I’d barrack with The Ojai Vineyard Pinot Noir Kick On Ranch 2013 ($45), just a gorgeous, truly cool-climate Pinot with a dense core of ethereal cherry fruit that reminds me of the fruit component in the DRC wines. A touch stemmy, layered, delicious.

Strieter’s pick: Joseph Voillot Volnay VV ($44). This is tough and have to rely on advice from those that have a chance to drink burgundies more than I. These wines age well in bottle and have great aromatics. Volnay offers great value.

Farner’s pick: Domaine Thibault Liger-Belair Vosne Romanée “Aux Réas” ($93). This was the most difficult, as each DRC I’ve tasted has transported me in its own unique way, but this Vosne Romanée is delicious, from a site not far from La Tâche, and by the producer whose family historically owned the core of La Tâche.

Meyer’s pick: Hmmm, tough with Harlan. How about the Two Old Dogs Cabernet Sauvignon Napa Valley 2013 ($40)? This is a tiny label produced by Jennifer Lamb 100% from the famous Herb Lamb Vineyard. Colgin’s Herb Lamb used to sell for $350. This wine, while not at the level, is essentially 1/10th the price from the same vineyard!

Strieter’s pick: Catena Alta Cabernet Sauvignon ($45). High elevation Cabernet blend from Mendoza, Argentina. Lots of concentration and depth at a considerable value. Plus, it’s always great to diversify out of Napa to see what else is out there.

Meyer’s pick: There’s a bird on the front of the Purlieu Cabernet Sauvignon Le Pich Napa Valley 2012 ($40) as well! It’s crafted by the team of winemaker Julien Fayard (he spent five years as the director of winemaking at Phillipe Melka’s, Atelier Melka) and vineyard manager Steve Matthiasson (consultant to a wide array of Napa estates including Araujo Estate, Spottswoode, Chappellet, Hall, David Arthur, and more) It’s a slinky, silky, no-expense spared Cabernet at an incredible price.

Strieter’s pick: Cornerstone Cellars ($45). Full flavored red that packs a punch. This is another difficult choice.

Meyer’s pick: Pauillac for pennies on the dollar, the Château Gaudin Pauillac 2010 ($30) is one of the finest deals in the appellation. It says Pauillac on it, it’s tasty and it’s a stone’s throw from Lafite and the gang in the same neck of the woods. Another one that would work is the Lynch Moussas Pauillac 2000 ($49), grown next to Lynch Bages, great vintage, bottle age, what else do you want?

Strieter’s pick: Sociando Mallet of the Haut Medoc ($50). Well-structured wine with great acidity and finesse. And outside the 1855 classification hence the value.

Farner’s pick: Château La Tourette, Pauillac ($41). The wine from this tiny estate in Pauillac is a great value, but won’t be easy to find. 2003 was its last vintage, after which Château Latour bought the vineyard.

Meyer’s pick: Tough one. Not necessarily cheap but I’d go with the Château De Fargues Sauternes 2005 ($110). This little-known property is actually still owned by the Lur-Saluces family, the original owners of Château d’Yquem, who sold their remaining portion of Château d’Yquem back in 2004. They still own Fargues, they still know how to make great Sauternes and Fargues bears more than a passing resemblance to its cousin.

Farner’s pick: Château Roumieu-Lacoste, Sauternes ($44). This Château was not ranked in the 1855 Classification of Sauternes, which allows us to enjoy the honeyed deliciousness of the region at a fraction of the price.

Meyer’s pick: Easy. My Rosé of the season this year is the Henri Goutorbe Brut Rosé Grand Cru ($50). This stuff rocks, so redolent of wild forest strawberry, with deceptive weight and texture. It’s 100% Grand Cru from the village of Ay and a complete steal that can bump heads with the best. 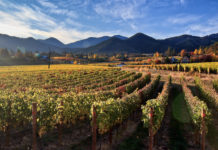 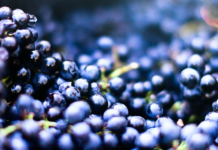